Social Commerce: 8 Channels to Grow Your E-Commerce Sales and When to Use Them

How Artificial Intelligence is Affecting Design

After years of imagining a future of computers that think for themselves, humanity has finally made artificial intelligence a reality. The dream has hit the mainstream. This new era of intelligent technology may look nothing like the Terminator or Rosie (the Jetsons' robot maid) but it promises to revolutionize design in ways we can only begin to fully understand. And it is here now.

Think about tools and apps that are probably already on your phone. They have made creating professional-level photos easier and more accessible than ever. With apps like Prisma, Pixelmator, and VSCO you don't need to know Photoshop anymore to enhance your boring photos, often with impressive results, but an experienced Photoshop designer can probably still outdo you. Facetune now lets anybody make themselves more 'beautiful,' but it won't turn you into Kim Kardashian. An online app, Autodraw, will take your squiggles and turn them into polished drawings. Draw a zig-zag from left to right and it will ask you if you meant to create a simple but clear drawing of a mountain range, complete with snow-capped peaks. However, it can't tell the difference between a few mountain top and, say, a craggy fjord.

Many of these advances are based on the huge gains that artificial intelligence has made in photo recognition due to the massive amounts of source material that these AI applications have learned from. Show a computer a couple thousand photos of a balloon and it will begin to recognize something with a circular or oval shape, usually in a solid color, with a long, thin white thing in a straight line below it as a balloon. Show it a few thousand more, and throw in a couple thousand pictures of assorted candy, and if you're lucky it might even start being able to tell the more subtle differences between a balloon and a lollipop. The 'machine' is learning to recognize things a little bit like a human does.

This level of AI learning is what delivers you endless pictures of furry fluffy cats when you google 'cats.' It is what gives Snapchat filters their power to find your facial features and add accessories in the right place. By recognizing the physical characteristics of human eyes in a photo, the AI bot knows to put a pair of cartoon glasses over them, instead of perhaps over your chin. 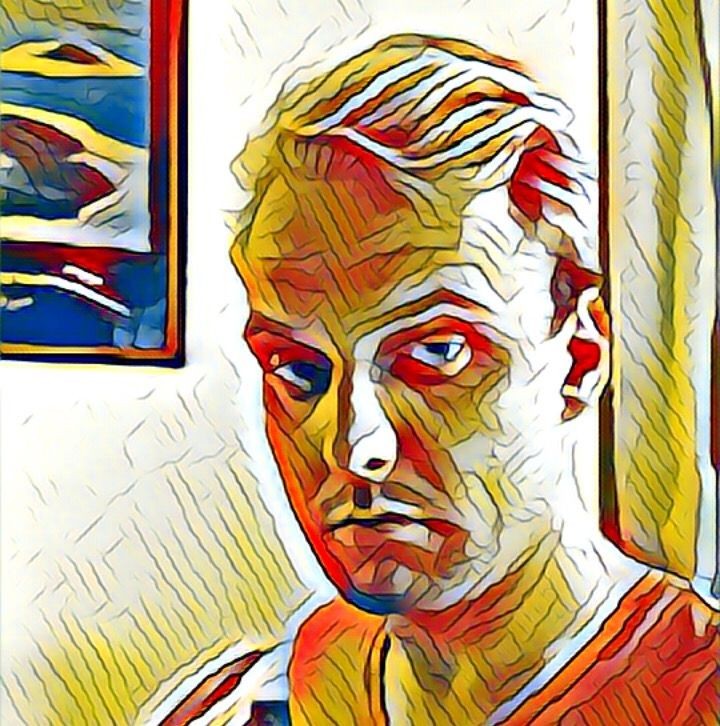 AI can make a photo look as if it was painted by hand or drawn with a pencil, as in the Facebook Messenger selfie above, recognizing layers of hair, the folds of a shirt, and the three-dimensionality of a nose.

Although as we become used to these kinds of images we often get better at picking them out from the real thing, we are inevitably stumped again as AI technology continues to advance at a blistering pace. The selfie to the left would look a bit more realistically hand drawn if fewer diagonals slanted across the forehead, don't you think? Soon, AI will inevitably realize that too.

These are all examples of the promising future of artificial intelligence in the world of design. Artificial intelligence is great at solving problems with precisely predefined parameters, like digitally modeling a product and cutting away material wherever it is not structurally needed. The end result will likely be an organically-shaped form of impressive efficiency but that would be extremely difficult for a human designer to visualize by hand.

AI does have its limitations though, and they are big ones, like when dealing with not-before-seen problems, and an as-yet-undefined solution. Ask AI for a photo showing 'happiness,' and unless you give it a detailed definition of that emotion and a set of rules that define how to visualize it, AI is hopeless. Yes, if you tell AI that your idea of happiness is family, it can show you a photo of a family, but what if your idea of happiness is solitude, or scuba diving, or a great big pile of money? AI is best at tasks which it has already learned to do over and over again. Computers have always been their best at repetitive tasks and AI is no different.

Will AI replace designers? No, but it will replace designers who do, or are forced to do, bad or just generic design. Artificial intelligence will make buildings, cars, cities, consumer products, and medication quicker, safer, and easier to design, but it will also release the designer from the more mundane, repetitive, and taxing aspects of design, letting the designer focus on the important aspects that improve society and move the human race forward as a whole. Artificial Intelligence will allow designers to focus on being creative, innovative, and adaptable, all things which human designers do, and will probably always do, best.

A great example of the future of AI within the design world, in both its strengths and its limitations, is an online logo creation app, which after just entering your company's name and choosing a few colors, shapes, and style preferences, will produce a professional-looking custom logo. The logo will be simple, inoffensive, and designed to blend in anywhere. And all of that will be free. For many people, this may be all they need, but these logos aren't designed to emphasize your company's unique identity or to distill a larger marketing strategy into one beautiful, easily understandable image. AI cannot design you a logo that encapsulates 'you.' For that we still need, and will probably always need, the creative talents of a human designer.